WRI aims to conduct an annual survey amongst the veterinary profession and wildlife rehabilitators in order to collect data on wildlife casualties found in Ireland.


WRI aims to conduct an annual survey amongst the veterinary profession and wildlife rehabilitators in order to collect data on wildlife casualties found in Ireland.
Hopefully an increased awareness of Ireland’s biodiversity and the hazards faced by our native wildlife will in turn increase people’s awareness of the value of these animals and the need to protect them and their habitats.
Survey questions include; species found, numbers of casualties, common presenting conditions, treatment / outcome etc. We will collate and publish the data here [personal details will not be published]

In 2013 WRI carried out our first Irish Wildlife Health Survey of veterinary professionals.
This survey is a part of ongoing research into wildlife health in conjunction with academic institutions and voluntary organisations. The survey has provided significant data which has allowed for a better picture of diseases and injuries in wildlife, and the number of wildlife casualties being brought into veterinary clinics in Ireland. 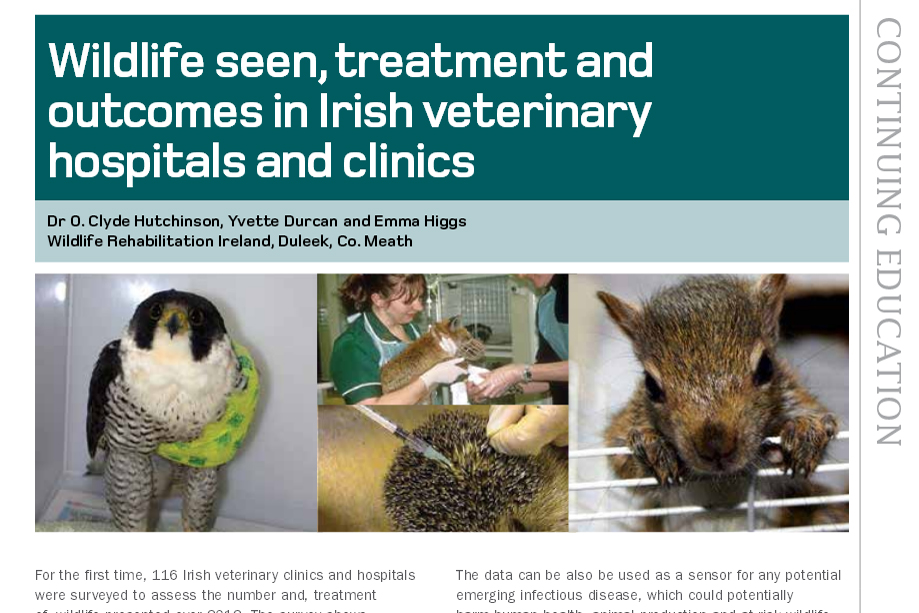 Only by collecting this information can we enable investigations into the causes of the hazards/conditions and take preventative measures to reduce their occurance in future.

Examples of research utilising this data:


Biodiversity reflects the number and variety of living organisms in the world. All living things are connected and dependent on one another for survival, from plants and insects to humans and even our economic future. Much of our health and wealth is directly affected by the protection of Ireland’s biodiversity, from farming to tourism and air and water quality.

In Ireland alone we have 35 species on land mammals, 400 bird species, 9 bat species, 2 seals species, and 24 whale and dolphin species. And of course the visitors that migrate to mate and feed every year. Ireland has a unique habitat for flora a fauna mainly due to our geographic isolation-being an island, and our temperate climate. We have abundance of fresh water and therefore one of the richest freshwater habitats in the world, comprising of streams, rivers, lakes, bogs, fens and marshes. The Gulf Stream on our Atlantic coast ensures our coastlines remain ice-free in the winter, unlike many other coastlines of similar latitude.

To protect individual species and individual animals we must also conserve their habitat. The main threats to our native species today are habitat destruction, invasive alien species, pollution, land use change, unsustainable and excessive consumption and climate change. The largest decline in our biodiversity has been over the past 50 years.

The National Biodiversity Data Centre provides a vital service both in monitoring species and collecting data. Sightings can be reported on their website.

Biology.ie has a primary aim to increase biodiversity awareness by allowing users keep an online map and nature notes. This is found under the My sightings menu. Regular use allows a user to build up an informative wildlife map of their areas of interest. Nobody else can see these maps or nature notes.

BirdWatch Ireland The primary objective of BirdWatch Ireland is the protection of wild birds and their habitats in Ireland through the efforts of staff, members and volunteers. In order to fulfil this objective, they carry out extensive research and survey work, operate applied conservation projects and manage a network of reserves nationwide, and prepare and advocate policies.

WRI is a member of the Irish Environmental Network (IEN) and through the IEN receives core funding from the Department of Communication Climate Action and Environment.

WRI is delighted to be supporting work experience placements through Tús, a government back to work initiative. 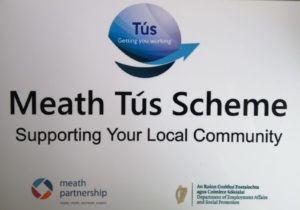